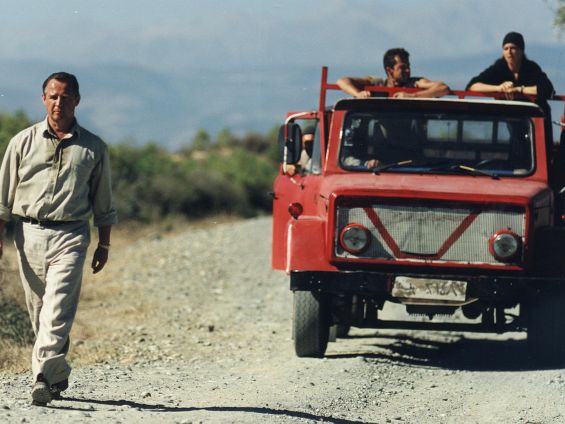 A war between Iraq and Kuwait is about to start. All foreigners leave Iraq. A young Polish engineer Paweł is arrested by the Iraqi secret service as he is suspected to have close contacts with the American agent Karen. He is badly tortured in prison and his father, who is a Mayer and a Polish secret service ace, decides to help him and leaves for Iraq. He asks for help his friend Broński who is a secret service Iraq resident. However, Mayer does not know that Broński and Kosiński are supposed to evacuate American agents. What is more, the Secret Service Headquarters in Warsaw wants to make use of Mayer's stay in Iraq to turn the Iraqi service's attention out of the Americans escape from the state. Finally, Mayer is lucky freeing his son with the help of Karen and Fajsal, who is an Iraqi at the Polish Secret Service disposal. At the same time, Broński and Kosiński manage to drive the Americans off to Turkey. Broński comes back to help Mayer leave Iraq together with his son; yet, Karen is killed on their way to the border. The Polish officers are decorated with medals by the American Secret Service chief in Warsaw.