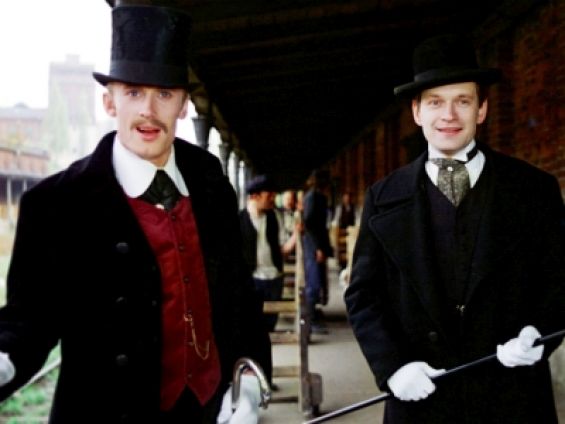 The series is based on a novel written by Polish Nobel Prize laureate, Władysław Reymont. It is a story of friendship and cooperation between three young factory owners – a Pole, a German and a Jew. Different descents and lifestyles do not divide them – they even turned them into the advantage and use it to achieve their goals and defeat competitors. The plot is set in the 19th century Łódź – a rapidly developing urban metropolis. This is a story about a land which is rather cursed than blessed, about dramatic choices and chasing after money, profits and capital. Viewers see three different personalities with a common dream and tempting vision of the promised land. The price of their success is the denial of youth ideals, friendship, and love.