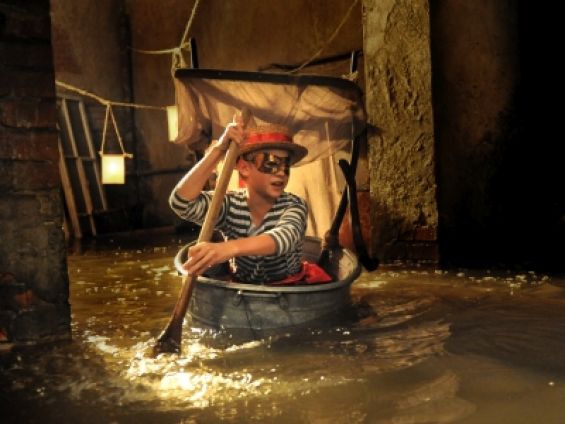 The film tells the story of a journey never taken in which the power of dreams helped to transform the flooded cellar of a rural family house into the most romantic city on Earth. The main character of the movie is a young boy Marek who loves Venice, which is the city visited by his parents and grandparents but never visited by himself. The trip is to take place in summer 1939. Unfortunately, the conflict with Germany escalates and instead of going to Venice, the boy is sent to his aunt, who builds a Venice in the cellar so that Marek can make his dream come true. Venice is a film based on two stories by an outstanding Polish writer Włodzimierz Odojewski, who was considered a candidate for the Nobel Literary Prize.