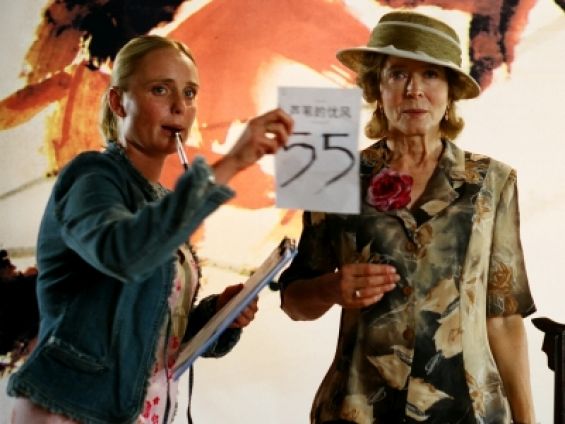 A comedic parable on crossing the borders between the familiar and the alien, on natural understanding in spite of private prejudice and cultural stereotypes. The action of the film is set in a small Polish town. A Chinese film production company decides to make a film in Poland. Since they need some extras with sad faces, they believe that Poland is the right place because it is full of unsmiling people. This multi-thread screenplay follows tiny and big events in the lives of six main film extras, from the casting stage till the very last day of filming. An incomprehensible Chinese movie storyline runs in the background of everyday matters, only to become the pretext to show the evolution of characters in their interpersonal relations. The title characters are very ordinary individuals, constantly unhappy about their lives, with various problems and dilemmas. Every day they struggle with their difficult fate and misfortunes.