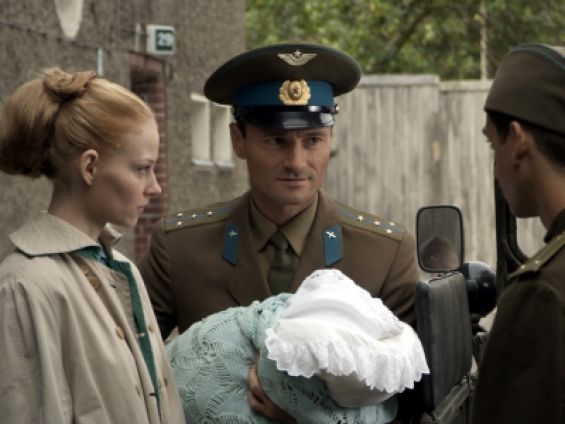 A heartbreaking Story of forbidden love in the time when even the most intimate matters were decided by the Soviet Empire. The film takes us to the world in which Russians and Poles lived together in one city divided by walls and bans. They loved, suffered and dreamed in spite of the fear of being caught by nosy political commissars called politruks. Widely acclaimed by critics, audience, and the jury of the 33rd Polish Film Festival in Gdynia, the film contains everything that we usually look for in entertaining films: love, tears, great drama, joy, and emotions. The story takes place in 1967. A young pilot and an unsuccessful astronaut called Yura finds his way to Legnica, a city known as "Little Moscow" because at that time it was a location of the largest garrison of the Soviet Army in Eastern Europe. He is accompanied by his young and beautiful wife Vera, whose life changes when she meets Michał, a Polish Army officer and musician. The two falls in love and now the forbidden love between a Russian woman and a Polish serviceman has to be kept a secret.