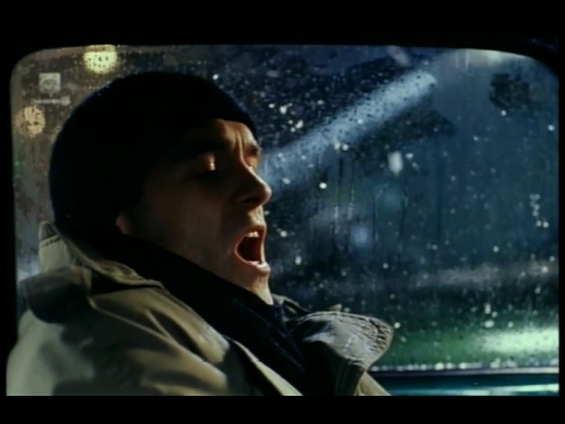 A young tenor Adam Łaszcz is a winner of a singing competition. He comes to Warsaw from Białystok, hoping to begin a career there. He has a wife and a preschool daughter. He moonlights as a teacher at schools and gives concerts in the province but he dreams about a role in a national opera. While waiting for his lifetime opportunity, he lives with his family in a cramped rented flat and commutes to work by his old Maluch car. What is more, every day he fights for a parking place on the parking lot with the operator of the excavator who does not let him park where he wants. Unexpectedly he receives a proposal of performing in a televised New Year's Eve concert at the National Philharmonic as a substitute for a sick colleague. Since he is great on the rehearsals and praised by the director, his colleagues slowly overcome the initial reluctance towards the young provincial. As Adam hopes for the best, he practices at home every day and he is careful not to get any hoarseness, which would affect his voice. The evening before the concert, his neighbour, who is an elderly lady, knocks on his door. Her beloved dog gets sick and she cannot help him. She wants to take the dog to the vet but she does not even know where to go. Adam finds the right address in the newspaper and advises the lady to take a taxi. However, the taxi driver refuses to allow the dog in the car and the lady shows up again. Despite the fact that Adam would prefer not to go out to the rain and wind because he fears about his voice, he cannot refuse to assist the lady. After a few hours, he returns home soaking wet. The next day, instead of a crystal voice, a screeching voice comes out from his mouth. Adam is horrified because home remedies do not help and the evening concert is coming inexorably.