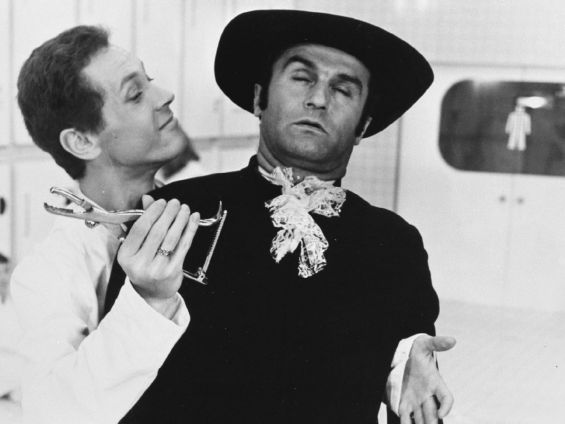 Richard Fox is a very successful car racer. Together with his brother Thomas, a superb pilot, they win many races. Unfortunately one of the races ends up tragically. Severely injured brothers are submitted to a clinic run by a brilliant doctor, who specializes in transplantology. Richard survives the operation only thanks to the multiple organs transplanted from his brother. A scandal erupts when the widowed wife attempts to obtain her rightful compensation from the insurance company, which decides to pay only 30% of the total amount. They justify the decision by stating that only a part of deceased was buried. A film novel, completed at the and of '60s, tells about the events taking place in the future, at the threshold of the 21st century. Stanisław Lem, the author of the script, is a specialist in grotesque and works of fiction. Over 50 years have passed since the premiere of Roly Poly. From then on, medicine has made tremendous progress in transplantology. What seemed to be a pure fantasy in the past, is real now.