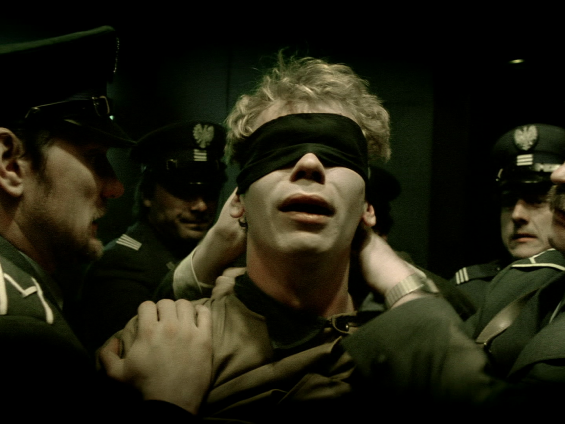 Three alternately shown characters whose ways cross on March 16, 1985, in Warsaw filmed in a gruesome way: a young attorney who is about to take the bar exam; Jacek, a young man from the countryside, lost in a big city and a rude taxi driver with a little devil. Piotr, an opponent of the death penalty, tells the examiners with great conviction that his job would give him the chance to meet people he otherwise had no chance to meet. But he does not notice Jacek preparing for murder in the bar in Krakowskie Przedmieście Street. If he had noticed him and talked to him, he might have stopped the young man who, as Tadeusz Lubelski wrote, ‘was living with his false image like with an unexploded bullet which had to explode one day,’ carrying the burden of responsibility for his sister’s accidental death. But he notices – and ignores – a road worker (Artur Barciś) pointing at the symbolic number 5. The action takes place on three days, almost one year apart: the crime, the lost court case, and the execution performed in March one year later. Tragically, only then – and too late – we can hear Jacek recounting the story of his life. Kieślowski returns to the theme shown already in his earlier film, Blind Chance. The victim was accidental, the taxi passenger was accidental: if the taxi driver had not ignored the couple known from The Decalogue, Two that wanted to take his cab, he could have been alive. However, the relationships are not incidental: in the movie opposing the death penalty the director demands to recognize Jacek’s dignity regardless of the crime he committed. Piotr dreaming about justice that cannot be revenge on a criminal reminds it asking: ‘For whom does law avenge?’