Self-portrait with the Mistress 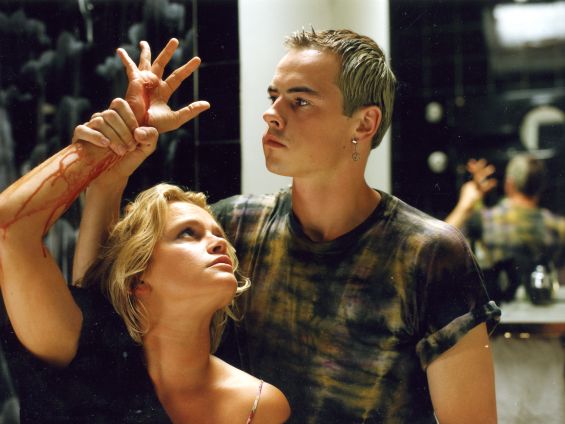 It is July 1995. Kuba Mitura attends with his little daughter Zuza a charity concert. The father reminiscences the story of his youth. In 1988, Kuba is a rebellious 19-year-old boy with two-colour hair. He neither works nor studies and lives with his father, a retired military officer. One day Kuba meets Diana, a beautiful and eccentric woman, much older than him. The two hit it off, but when Kuba introduces Diana to his father as his fiance, the father throws Kuba out of his house. Diana and Kuba get married but soon Kuba is taken to the army. While attending military oath ceremony, Diana confesses to Kuba that she is pregnant and wants to give birth to their child. Kuba, however, does not want to become a father. A few months later, Kuba's superior in the army informs him about the birth of his daughter and his wife's death. After a few years, Kuba returns home and finds his daughter taking care of his elderly father. After years of careless living Kuba has to reconcile with the adult world.