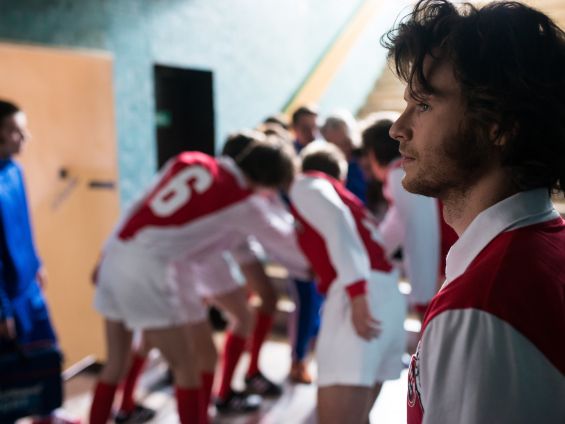 The film tells the story of Jan Banaś, a famous right-wing midfielder of Polish national team, who had a Polish-German origin and whose goal let Poland take the lead in the match against England in Chorzów in 1973. The film is a remarkable experience for the fans of football, but it is also a well-told story of an uneasy path to glory, its ups and downs.

Jan Banaś grows up in Silesia. From his childhood, his greatest passion is football, and his greatest rival, a devoted friend, Ginter. As time passes by, friends’ competition transfers from the backyard to the stadiums of Silesian football clubs: Polonia Bytom and Górnik Zabrze. However, this is not the end of their rivalry. True emotions emerge when beautiful Marlena shows up in the life of both sport stars. When they both court her, Jan and Ginter quickly discover that there are no rules in the game of love. When a serious injury ends Ginter’s career and in the same time brings Banaś closer to joining Górski’s Eagles team, the main character faces a difficult choice that will determine the rest of his life. From now on, a chance to participate in the Olympic Games and the Football World Cup can be irreversibly lost.