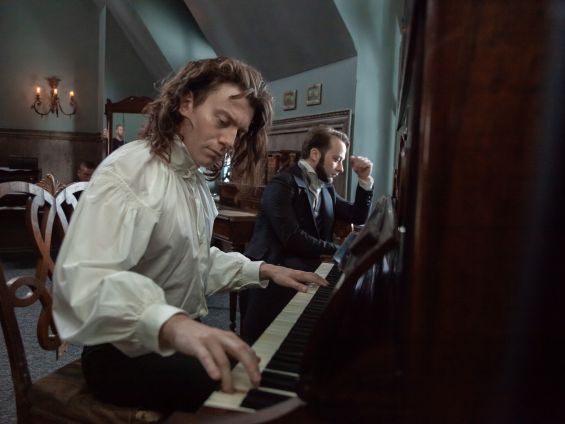 A TV movie about the first months of Frédéric Chopin's stay in Paris, which was an extremely difficult and painful period of the composer because of his personal problems, his current musical career, as well as the political situation in Poland and Europe. After coming to Paris, Chopin tries to break into Paris's music salons at all costs but for a long time he remains completely unknown, even rejected. Lack os spectacular success during his first public concert results in a deep psychic crisis which soon paradoxically leads to a triumph. The play presents an unknown image of the artist, it is an insightful psychological portrait of a person who has to face poverty, uncertainty, a sense of unfulfillment, humiliation, and finally an outbreak of cholera, a civil war raging on the streets of Paris after the attempt of overthrowing the French monarch, and the consequences of the fall of the November Uprising.