Crazy Love. Putin and The Russians 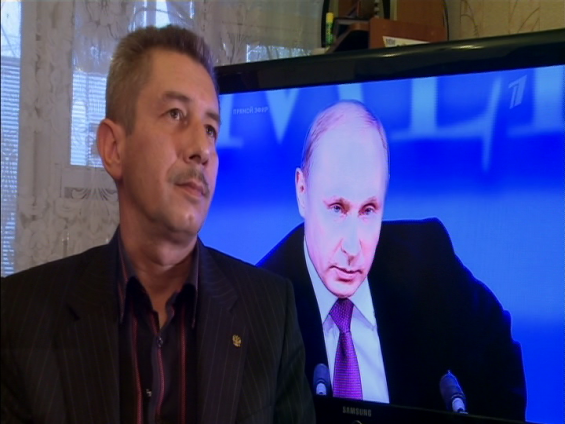 The documentary presents the phenomenon of Vladimir Putin in Russia. The man has been immensely popular for the past 15 years despite the collapse of ruble, a rise in prices and recent isolation of Russia in Europe. The more criticized he is by the Western world, the higher his ratings are. According to polls conducted by the end of 2014, he is still supported by 86% of Russians, therefore, some sociologists call it a phenomenon. The author of the documentary is trying to investigate this astounding news by visiting a number of places and talking to all sorts of people who express their opinions on Putin and contemporary Russia. In her journeys she visits places which are remote in terms of distance and human mentality which include: Moscow, Crimea and the so- called ‘glubinka’ that is the Russian back of beyond.