Courtyard with a View over the Camp 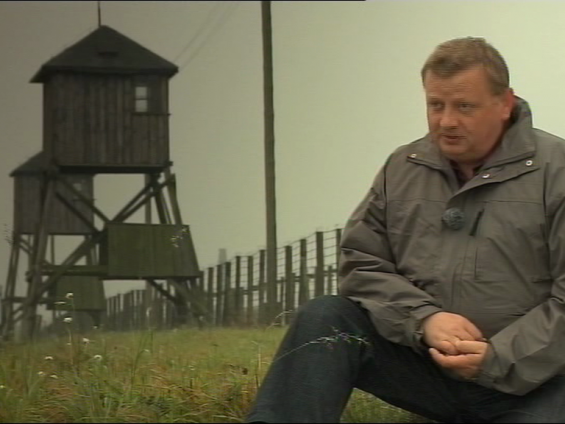 The documentary tells the story of a massacre of 15 thousand Jews in a concentration camp in Poniatowa in November 1943. The story is told from the point of view of children raised in houses standing in the place where the camp used to be. Before war that place used to be a broadcasting parts factory, later on, it was turned into a ‘stalag’ for Red Army soldiers, a concentration camp and in the end an NKWD camp for Polish Underground Army (AK) soldiers. The documentary comprises three time periods – the war, the 50s and finally contemporary times. People involved with that place give their statements concerning the influence living next to the commander of the camp and barb wires had on their lives. Among others Elżbieta Ficowska an eyewitness to the massacre, the woman who survived Holocaust thanks to Irena Sendler.