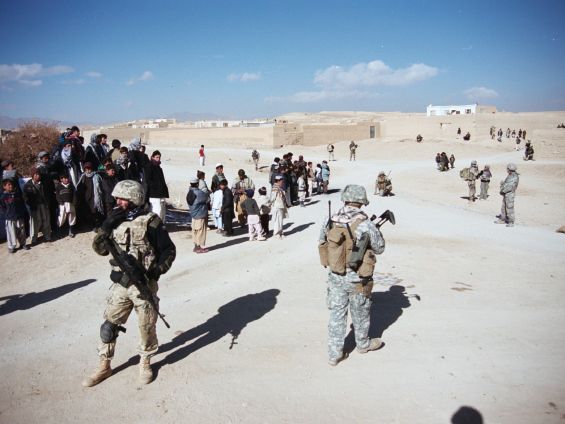 The main characters of this documentary are four men. When they were kids, they dreamed about being soldiers and they made their dream come true. They decided to go to Afghanistan, not because of money but because they felt it was a soldier’s duty and because of the loyalty to their colleagues who were already there. The film shows what price soldiers pay for engaging in war. It depicts three stages that every soldier has to go through.

The first stage is preparation for the mission. The film accompanies soldiers in practical and theoretical training and process of forming a military team. It is very important to stress the mutual solidarity and loyalty of the soldiers who are together in the everyday military service.

The second stage is the participation in the: carrying out military tasks, actions for local communities and emotions connected with the stay in the mission, mostly longing for family and friends.

The third stage is homecoming: how the process of re-adapting to reality proceeds in the world where there is no direct danger to life anymore. Is it possible for them to regain normal lives?