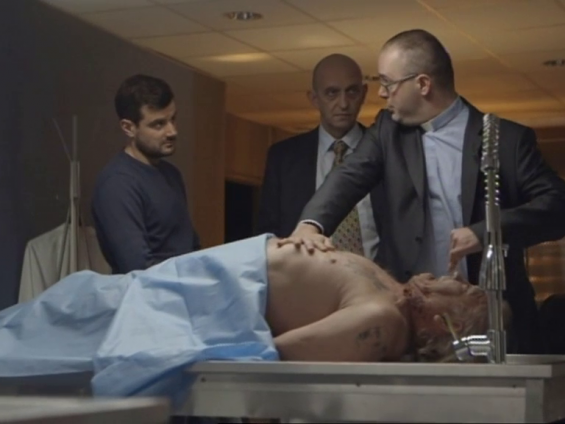 A documentary film about priest Jan Kaczkowski, the founder of St Padre Pio Hospice in Puck. The film shows the clash of two opposing worlds, the real and the created one. The real world is the world of the priest Jan, his hard work in the hospice he founded, where he can see the diseases and death every single day. He himself is seriously ill, he suffers from glioma. Priest Kaczkowski never gives up. He lives his life, as he says, to the fullest. For him, nothing is impossible. He fully devotes himself to other people. He is a symbol of the fight against the disease, taming death and the struggle for human dignity. He preaches how to cope with diseases. Always sincere, open and helpful. His life is a great testimony of faith. At the crossroads of two worlds, the real and the created one, priest Kaczkowski talks about life and death with a young actor, a representative of the young generation, Antoni Pawlicki. Priest Jan is humanly curious about how it is like on the other side of life. He already knows. Priest Jan Kaczkowski dies on Easter Monday, March 28, 2016.