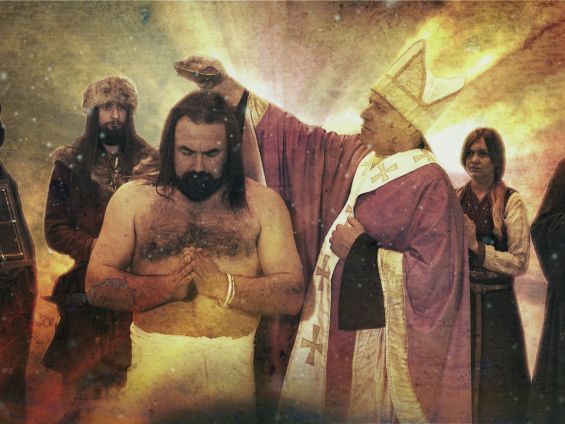 It is a docudrama film presenting the long Christianisation path in the era of the first Piast rulers. The film is based on the latest scientific findings, it opens with the baptism scene of Mieszko I and it ends with the coronation of Bolesław I the Brave, the first Polish king in Gniezno Cathedral in 1025. The film attempts to answer questions such as when and where Mieszko I was baptized, what the potential benefits and threats of the baptism could be or whether the ruler effectively fought paganism. In Cross and Crown respectable historians and archaeologists talk about the Christianisation issue and put forward their hypotheses, which are interwoven with the presentation of virtual reconstructions of the oldest sacred buildings on the Polish territories. Reconstructed scenes of the most important events from that era, such as Mieszko’s marriage with Dobrawa, the battle with the Veleti or the arrival of Otto III to Gniezno are also included in the film.