To Be a Woman in the Himalaya 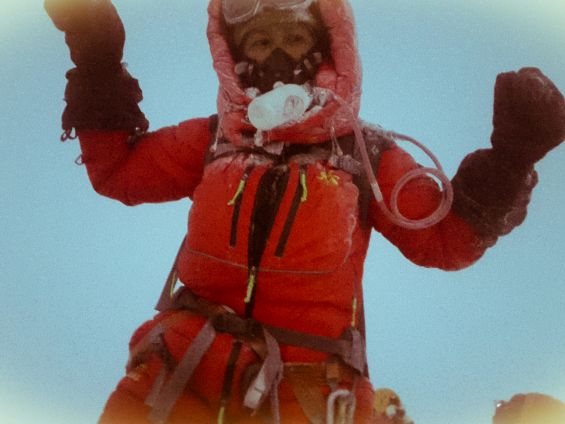 It is a story about women from two different parts of the globe, who challenged the traditional order of the world and their influence on the younger generation of alpinists in Poland and Nepal. In 1992, Wanda Rutkiewicz, a Polish himalaist, after her conquest of the K2 mountain as the first women in history, set to climb the next eight-thousand-meter peak – Kanchenjunga. She has never returned form that expedition. Until this day her fate is unknown. Nevertheless, with her energy and charisma she manged to inspire the next generation of young alpinists. At that time in Nepal, there was another woman alpinist Pasang Lhamu Sherpa. In 1993 Pasang for the third time set up on the expedition to Everest that she climbed as the first Nepali woman in history. Unfortunately, like Wanda she has never returned to the lowlands. But her legend lives on. The two women are connected not only by their love to the highest mountains. Equally, Wanda and Pasang, while realising their dreams, not only they had to challenge their weaknesses, the altitude or bad weather. Both had to challenge the male order of the world that they were born to.

25 years after Wanda’s and Pasang’s disappearance, their successors appeared on the world arena: Kinga Baranowska and Maya Sherpa. Inspired by the courageous heroines of the last century, they continue the tradition of female himalaism raising the bar for others.