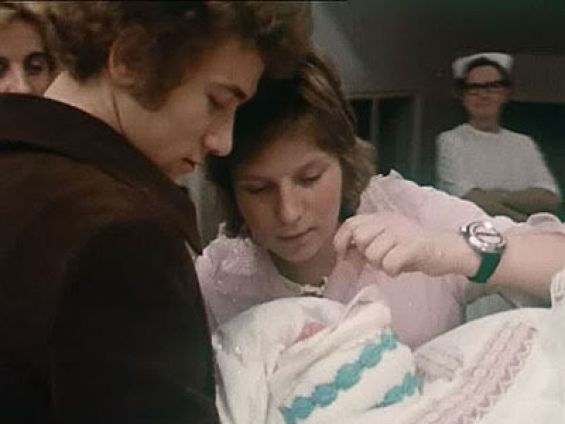 A contemporary story of love between two young people who are expecting a baby. The movie revolves around a couple of teenagers who are about to face the world of adulthood and responsibility. At first the girl is considering an abortion, however, in the end, the couple decides to have the baby, even though they are not married, don’t have a place to stay or a steady job for that matter. The two start an endless journey from one office to another in order to gain their dreamed independence. The pregnancy of the girl does not go unnoticed at school or at her family house, straining her relations both with the teachers and with her father. This first naive and reckless love of the two characters is about to be put to even more tests. All that happens with Kieslowski’s camera by their side, yet the director does not brutally interfere in their affairs. He is rather an observer who is trying to show the image of love between two people that is maturing and strengthening in face of the obstacles on the way.