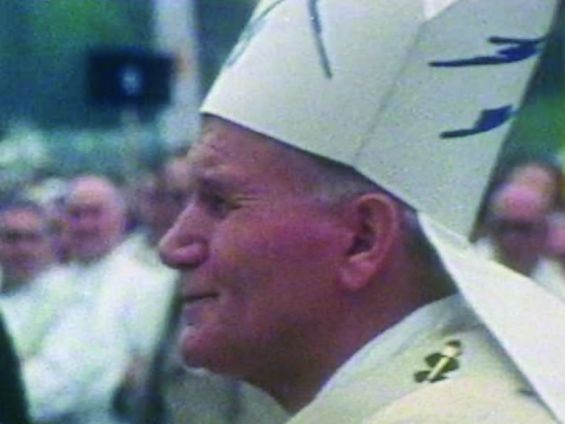 The film is about the spiritual aspect of Marian devotion and starts with the following words of John Paul II: "It is the place hidden between mountains that captivated me in a special way. I wanted to go there to follow Mary and sing Magnificat." The story takes place in St. Mary's Sanctuary in Mentorelli, a place near Rome. It used to be Karol Wojtyła's favourite pilgrimage place which he visited many times. Thirteen days after being elected, he asked for a lift there. He believed that his "first order of business" as the pope and a shepherd is to give a sermon on prayer. He also came there to express his gratitude for the election. Whenever he got a chance, John Paul II visited sanctuaries dedicated to the Mother of God around the world. The filmmakers managed to follow in his tracks. The pope's dedication to St. Mary is discussed by Cardinal Andrzej Maria Deskur, Archbishop John P. Foley, Fr. Adam Otrębski and Fr. Czesław Drążek.