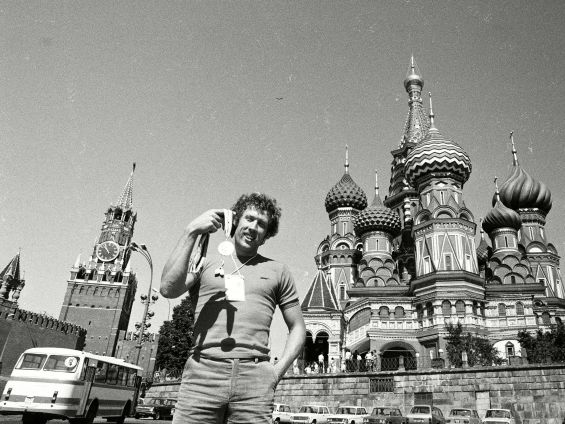 The movie tells the story of Władysław Kozakiewicz, a great Polish pole-vaulter, the winner of a golden medal at 1980 Summer Olympics in Moscow. He made history with a simple gesture he showed towards the hostile Soviet audience, a gesture that became synonymous with opposition to the communist regime for millions of people from the Eastern Bloc.

As the years passed the man himself has faded from collective memory, mostly associated with the saying “Kozakiewicz’s gesture”. For the Gold is meant to remind the viewers about his great achievements and his struggle against the communist system during Olympics in Moscow.

It is a story of a simple country boy, who overcomes many obstacles to reach his goals, only to be eventually shunned. From the proud nation’s hero, he becomes a victim of the oppressive system, eventually forced to defect to Germany. The movie extends beyond a simple sport story and tells a universal tale of the bitter price of success.