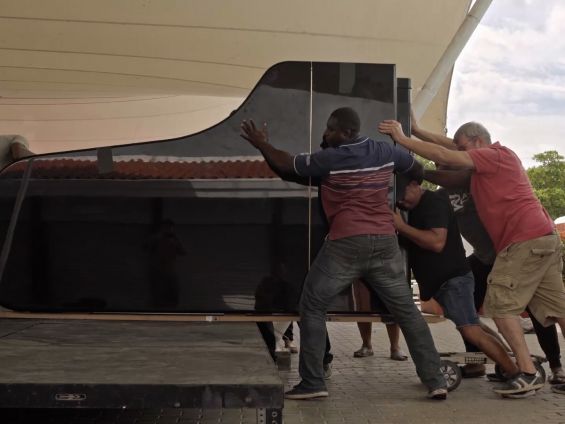 It is a story about the Antilian history of Chopin's music and the fate of its creators. The music of the greatest Polish composer, Fryderyk Chopin, reached the Caribbean Island of Curaçao in the 19th century. It inspired local musicians to compose the “Caribbean Mazurka”. For many years the piece has been known as the national dance of Curaçao. The music and its variations reflect the tragic history of the island and although the tunes are seemingly distant, they profoundly resemble Chopin's compositions. The film centers on Randal Corsen, the most outstanding local pianist, who  plans to write pieces inspired by Chopin, for traditional instruments and in some new arrangements. He is joined by Janusz Olejniczak, an internationally recognised composer, enthusiast and interpreter of Chopin's music. The artists intend to invite contemporary musicians from Curaçao, who have not yet played Chopin, to perform the music together.