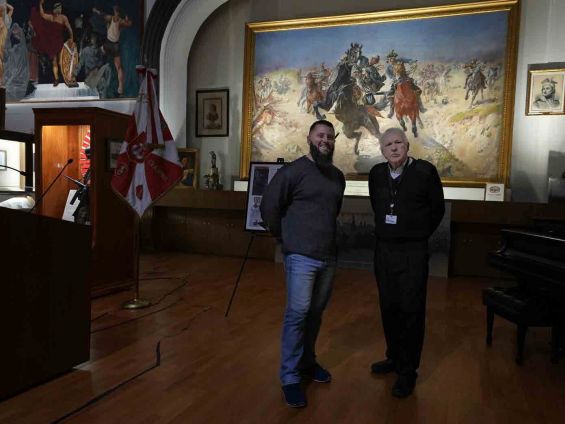 It is a story of American soldiers and the U.S. stabilisation mission in Afghanistan. The film presents how the troops struggle with the demons of war and try to put their lives together after the return to their homeland. The documentary portrays Sergeant Corey Speck, who in September 2009 in a small Afghan village risked his life during a firefight. With the help of Polish soldiers, he saved seriously wounded Corporal Marcin Kulas. After American soldiers were withdrawn from Afghanistan, Corey started to wonder what happened to Corporal Kulas. It turns out that Corey has Polish roots, but his family did not bring up that topic in the past. Sergeant Speck comes to Poland to collect a medal for his merit from the president of the Republic of Poland, Andrzej Duda, and also to find the village in Podkarpackie voivodeship, where his great-grandparents had lived before they emigrated to America.