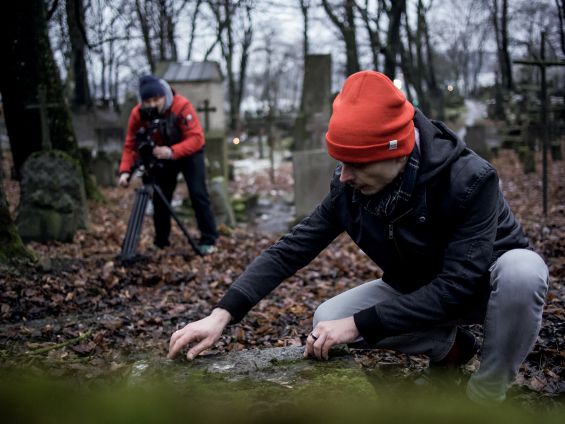 A film about the post-war fate of Home Army soldiers – murdered, imprisoned or harassed by the communist authorities in Poland. The viewers get to know the story of Major Danuta Szyksznian-Ossowska. In 1944 she was caught by the NKVD and sent to prison in Vilnius. After many days of torture, she ended up in a Soviet camp. After the war, she did not tell anyone about what she had gone through, not even her own family. She was under the surveillance and intimidation of the Security Service. After years of silence, her grandson Michał gets to know her story. He embarks on a journey to Vilnius, where he discovers not only the frightening truth about his grandmother’s past but also finds the answers to questions about his own identity. All this happens when scientists and historians find skeletons of forgotten soldiers – comrades of Danuta Szyksznian-Ossowska.